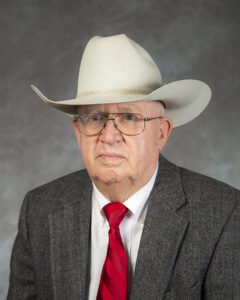 “Tom Ringley has made a difference in everything he has done” said Barb Williams, one of Tom’s classmates at Sheridan College from 1958-1960. “He is a dedicated, unselfish human being who is always willing to share his vast knowledge and his expertise to do whatever needs to be done. He has a true passion and love for Sheridan and its people!”

Tom went to high school in Sheridan, Wyoming and like many of his peers, he wanted to go to the University of Wyoming. When he applied for a loan from Whitney Benefits, he was told that it would be better for him to  attend Sheridan College first. “It was the best thing that could have happened. Sheridan College was a great steppingstone. It felt natural. I realized that I would not have been comfortable in a big university setting right after high school.”

He received a small scholarship and worked part-time to pay for school. He said the quality of his education far exceeded the cost. “The instructors were great! Especially my English and Economics professors. They really inspired me.”  Sheridan College was housed in the old hospital during Tom’s first year. One year later, in 1960, Tom’s class was the first to graduate from its current location. “At the time, there was only one building and a lot of space. It looks a little different now.”

After graduating from Sheridan College with an Associate’s Degree in Pre-law, he was encouraged by an uncle in the Air Force to apply to George Washington University. To his surprise, he was accepted and learned that all of his SC credits would be accepted and transferred. “The fact that all of my credits transferred to my new University shows how good my SC education really was. It saved me a lot of time and money.”

Tom  joined the Air Force after graduating with a Bachelor of Arts degree from GWU and was  commissioned as a Second Lieutenant.  He spent the rest of his career as  an Aircraft Maintenance officer at all levels of staff and command.   “I loved my time in the Air Force. It was a great career and took me all over the world.” While in the Air Force, he completed his Master of Public Administration Degree from Auburn University.

Tom retired from the Air Force as a Colonel after 27 years and decided to come back to Sheridan. He first took a job as the Emergency Management Coordinator for Sheridan County, then worked as the Facilities Director of the Sheridan County Fairgrounds.

Tom became the Executive Director of the Sheridan County Memorial Hospital Foundation in 2000 and is proud of the accomplishments they achieved while he was with the Foundation, including the new Emergency Department and the Watt Dialysis Center. “It is really humbling to see these great departments and know that I played a little part in making them happen. I am so proud of the work that we accomplished.”

Tom has also served on numerous other local boards including the Sheridan WYO Rodeo Board, of which he is an Emeritus Member.

First elected as Sheridan County Commissioner in 2008, Tom has worked hard to make Sheridan County a better place to live. He said it gives him a great chance to provide  “boots on the ground” service  for the people. The people obviously agree since he has been re-elected every term since!

When asked what he would tell a student who was considering attending his alma mater, Sheridan College, he said, “I would tell them about the  affordability, the convenience, the quality of education and the people. You just can’t beat it! It is a great way to start your education.”

In his spare time, Tom enjoys reading and writing. He has authored four books and many articles for local papers. He and his wife have three grown children who all live in  the Sheridan area.

Sheridan College Foundation is very proud to have Tom Ringley as our Distinguished Alum for 2022 and we are very lucky to have Tom as such an active part of our community!